A Quarter Past Love 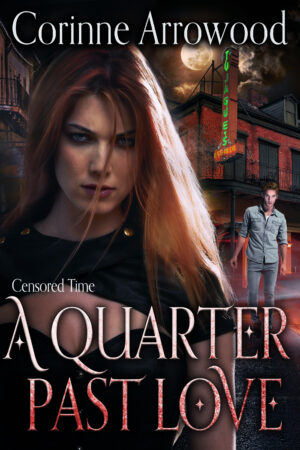 Rainie Todd was a hot mess, the poster child for dysfunction; however, from the outside, she appeared beautiful, successful, and together. The last thing she wanted was a relationship. She’d been there and done that, and it didn’t end well. Dr. Michael Landry was a nice guy, someone to date as a friend for great dinners and the occasional cocktail party. He didn’t give off vibes that ignited her sexually, but he was a good friend–that was–until the night of his company party when he turned up the heat, revealing a side of him she’d never seen, and she lusted with intrigue. Not only did Michael light flames of desire, but he was perhaps the most sexually stimulating man she’d ever met. The icing on the cake–he was in love with her.

Their relationship hinged on the truths behind their dark secrets. Rainie opened up to Michael about her ex-husband’s wanton affairs and how it had pushed her off the rails onto a twisted path of drugs, alcohol, promiscuity, and reckless behavior. One wrong decision after the other landed her in the midst of a cartel drug operation, endangering all those she loved. Of all her secrets, the one she held closest to her heart was Rand—her deceased twin who still lived on in Rainie’s life. Michael opened his heart, embraced her past challenges, and confided his need for ultimate control and a past predilection for BDSM. Once they revealed their pasts, the doors opened for steamy interludes and a deep, forever kind of love. It was well overdue at A QUARTER PAST LOVE.

"Wowza!! The author has a way with words. I can't wait to read what happens next. Her story had me edge of my seat the whole time. It had the right amount of mystery, darkness, and passion. A little something to make you want more. The characters jump off the page with such life! I found a new gem!" -Kaye, a reader

Other Books in this Series

Subscribe to the newsletter to get quarterly updates from Corinne Arrowood about new releases and what she's been up to lately. You'll also get access to short stories and drafts directly from Corinne. Plus, new subscribers will recieve a FREE download of the Prequel to the Censored Time Trilogy!